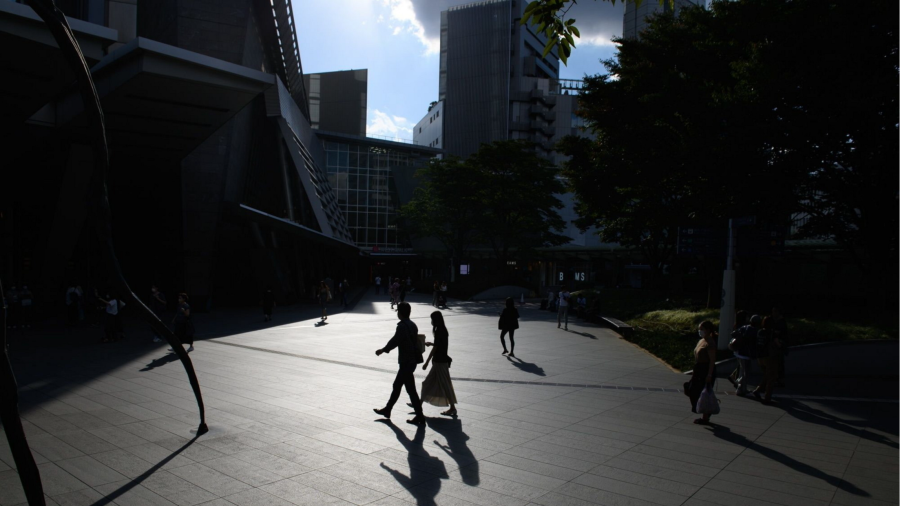 Negative bond yields are a thing of the past this year, after a series of big interest rate hikes by global central banks — everywhere, except for Japan.

Negative yields – which occur when bond prices rise so high that buyers who hold them to maturity are guaranteed to lose their money – flooded a large portion of the global debt market during the depth of the Covid crisis. These sub-zero levels arose from the central bank’s massive stimulus programs, as the US Federal Reserve and many of its peers cut interest rates and bought swathes of debt in an effort to prop up pandemic-hit markets.

Total stock of negative-yielding bonds swelled to a record high of more than $18 trillion at the end of 2020, according to the Bloomberg Sub-Zero Debt Trading Index. But that pile has now shrunk to less than $2 trillion – all in Japan – after the eurozone and Switzerland ended their experiments with negative interest rates in an attempt to tackle inflation.

“This is a startling reversal given that negative-yielding bonds made up 40 per cent of the government bond world at the height of the pandemic,” analysts at JPMorgan wrote this week.

In the UK, some short-term debt was trading at slightly negative yields as recently as June although the Bank of England never set a negative interest rate, according to Wall Street Bank. And JPMorgan added that yields below zero disappeared from the eurozone in September, two months after the European Central Bank raised its benchmark interest rate to zero.

The near-complete disappearance of negative returns from the markets that have been common in recent times underscores the speed of the shift in monetary policy this year. It is also the latest sign that the Bank of Japan is swimming against the global tide, by keeping interest rates below zero and sticking to its policy of setting long-term bond yields – the so-called “yield curve control”.

Contrasting with rapid increases in borrowing costs elsewhere has pushed the yen to its weakest level in 24 years, fueling speculation that the Bank of Japan may come under pressure to raise its yield limit.

“Sayonara for negative yields may be just months away as we have now brought forward the timing of the BOJ yield curve control adjustment” to the first quarter of 2023, JPMorgan said.

SYDNEY (Reuters) – New Zealand is likely to face a “shallow” recession as interest rates need to rise further to tame inflation, a senior New Zealand central bank official said on Monday, suggesting a pause in the series of policy tightening is still a long way off.

In an interview, RBNZ Assistant Governor Karen Silk said the central bank will closely monitor high-frequency data including spending, business investment and housing when deciding how much to raise interest rates when it next meets in February.

Inflation data for the fourth quarter, due Jan. 25, will also be a major consideration.

Last week, the central bank raised the official cash rate by 75 basis points to a 14-year high of 4.25% as it struggles to contain inflation that is currently near three-decade highs.

Markets are leaning towards another 75 basis point increase in February, and prices have fully reached a peak of 5.5% by July next year.

The RBNZ has projected that all of this tightening coupled with slowing global growth will lead to a year-long recession at home starting in mid-2023.

Silk said the expected 1% decline in GDP over four quarters would be a “relatively shallow and technical” recession, partly reflecting the weaker global growth outlook.

“It doesn’t compare to the likes of slowdowns we saw in the global financial crisis or even the 1991 recession,” Silk added.

The recession during the global financial crisis lasted six quarters and led to an overall decline in GDP of about 4 percentage points.

Silk said the higher rates were justified by rising inflation expectations in New Zealand and the strength of the labor market driving wages higher.

Tourism has also been surprisingly strong in recent months and is expected to continue through the New Zealand summer.

The RBNZ’s aggressive tightening was not an anomaly in the global central bank space, Silk said, noting that the Bank of Canada rose by 100 basis points and the US Federal Reserve raised rates with multiple moves of 75 basis points.

“If you look at some of the peak indicators of peak rates, for the Federal Reserve for example, that’s very similar to the recent OCR track as well. So I wouldn’t put New Zealand there as being more aggressive than others.”

Fed members generally expected interest rates to rise from 5.0 to 5.25%, with some even forecasting an even higher peak.

BENGALURU (Reuters) – The Bank of Thailand will raise interest rates by a modest quarter of a point on Wednesday for the third consecutive meeting, a Reuters poll of economists showed, amid fragile growth reliant on tourism and signs of inflation starting to ease.

The widely expected move, which would raise the benchmark rate to just 1.25%, constitutes one of the world’s sharpest central bank tightening campaigns, underscoring lingering concerns about growth in Southeast Asia’s second-largest economy.

Thailand’s economy has lagged behind its regional peers and was not expected to return to pre-pandemic levels until early next year as the vital tourism sector, which makes up about 12% of output, is just beginning to recover.

With the slowest pace of inflation in six months in October, aided by government measures to ease the cost of living, BOT Governor Sethaput Suthiwartnarueput said it is not necessary to dramatically increase inflation rates to manage inflation like in other countries.

All but two of the 19 economists polled by Reuters on Nov. 21-25 expect the BOT to raise its benchmark one-day repo rate by 25 basis points, to 1.25%, at its meeting on Wednesday. The remaining two prediction rates will remain unchanged.

“We expect a relatively milder recovery for the Thai economy, and therefore less robust BOT than for the rest of the major and regional central banks on the back of inflationary easing which could lead to somewhat persistent weakness in the Thai baht,” said Enrico Tanuydjaja. , an economist at the University of Bahrain.

“Negative real interest rates will continue to favor the Thai economic recovery as it moves away from ultra-tight monetary policy elsewhere in the world, most notably in the United States and Europe.”

The US Federal Reserve has raised interest rates by 375 basis points so far in this cycle, with 75 basis points for moves at the past four meetings and another 50 due in December.

Despite the wide interest rate gap, the baht has been one of the best performing emerging market currencies, down just 7% this year so far.

“External pressure on the BOT to be more aggressive with rate hikes has also eased after the recent decline in the dollar,” said Crystal Tan, an economist at ANZ.

“Capital inflows have returned to the local bond and stock markets in the month-to-date, and the decline in foreign exchange reserves is beginning to be reflected.”

A weaker currency is generally positive for Thailand’s tourism-dependent economy.

In the year before the pandemic, 40 million tourists visited the country of 70 million people. The government wants tourism next year to reach 80% of pre-pandemic levels, even as global growth is likely to slow.

“We expect Thai international tourist arrivals to be resilient in the face of a global economic slowdown, with arrivals historically showing low sensitivity to fluctuations in global economic activity,” said Chua Han Ting, economist at DBS.

(Reporting and polling by Anant Chandak; Editing by Ross Finlay and Christina Fincher)

AMSTERDAM (Reuters) – The Port of Rotterdam said on Monday it will help develop a 14,000-square-meter plant for Battolyser Systems, a company that designs battery aggregate machines and green hydrogen production.

The port, which has announced a series of hydrogen-related deals this year, said it views the company, a spin-off of Delft University of Technology, as an anchor for a part of the port that will go to companies that help get carbon out of supply chains.

“Companies at the port are already actively engaged in projects related to production, imports, shipping, storage and use of green hydrogen,” the port’s CEO, Allard Castelen, said in a statement. “With this plant we’re adding green hydrogen equipment manufacturing to that portfolio.”

Batoliser, which is getting funding from businessman Case Cullen, is seeking to commercialize systems based on nickel-iron batteries, which produce hydrogen via electrolysis — using electricity to “split” water — once it’s fully charged.

The idea is that during the day, when electricity from wind and solar is cheap and available, the battery will charge the energy and convert it into hydrogen. And at night, the system shuts down and the battery may reconnect electricity to the grid.

“So when energy markets are imbalanced and prices are going up, we can help balance, so we can make money while balancing the grid,” CEO Matthys Sly said in an interview.

He said that Battolysers are also the first home-made electrolysers. With many Dutch companies seeking to replace hydrogen, demand for the electrolyser is expected to skyrocket.

“Although we’re kind of the hydrogen hotspot in Europe, we don’t have an electrolyzer manufacturing facility, or capacity at all, in the Netherlands,” he said.

Dogecoin Price Prediction – How Long Will It Reach $1.00?