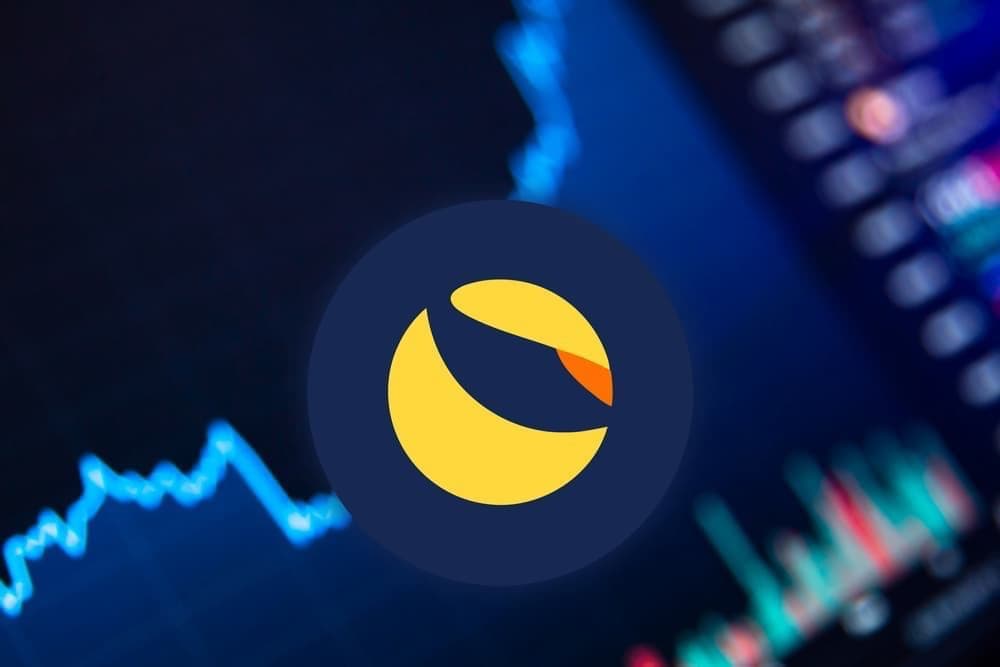 The LUNA Classic (LUNC) is still going strong despite losing more than 99.99% of its value during the market crash. It now also boasts one of the strongest and most active crypto communities on social media, which has now taken its combined strength towards listing the currency on major exchanges. This time around, the community turned its attention to Coinbase.

Calls for listing on Coinbase

Calls from the LUNC community to list the digital asset on Coinbase have intensified in the past week. It aligns with calls for another trading platform, Robinhood, to list the token. If this approach sounds familiar, it is because it is the same thing that the Shiba Inu community has done to list the meme coin on the big exchanges.

Following in the footsteps of the SHIB community, members of the LUNC community created a file petition To exchange cryptocurrency to list the token. As of the time of this writing, the petition already has just under 3,000 signatures.

Calls for Coinbase to include LUNC also dominated social media mentions of the digital asset during this time. The cryptocurrency previously gained massive support from the world’s largest crypto exchange, Binance, which has committed to burning all fees generated from LUNC trading every Monday. last week. Binance has burned $1.8 million worth of tokens.

Coinbase’s call to list the digital asset is to help its value that has struggled since the crash. Such a listing is known to drive the price of digital assets higher due to the amount of demand it is driving.

As mentioned above, the LUNC community hopes to boost the price of the digital asset through a listing on a cryptocurrency exchange, presumably in the direction of the “LUNC to $1” goal that resonates throughout the community. However, it is unlikely that the price of LUNC will reach this point.

The answer to whether the price of a digital asset will touch $1 lies in the total supply. With the collapse of the Terra Classic network, trillions of new tokens were traded. At the time of writing, the total supply of LUNC is 6.15 trillion. If the price were to reach $1, this would mean that the market capitalization of LUNC would exceed $6 trillion, which is completely unrealistic given that the total cryptocurrency market cap at all is $3 trillion.

In order for the $1 mark to be possible, the bid would have to be reduced drastically. Currently, in addition to the burning of Binance, there is a 1.2 tax deduction levied on all transactions, but even this will not be enough to reduce the supply of LUNC by at least 70% from the reduction that would make it possible for the digital asset to reach $1.

Realistically, the digital asset will most likely hit another zero if the burn continues and the cryptocurrency gets a major listing on the exchange. But setting the price of one dollar at a circulating supply of 6 trillion is out of the question.

How to Buy Bitcoin – Bitcoin Magazine

The fall of cryptocurrency exchange FTX has forced many to reconsider their general approach to investments — from self-holding to checking for on-chain funds. This shift in approach was mainly driven by the distrust of crypto investors in the entrepreneurs after they were deceived by the CEO and co-founder of FTX. Sam Bankman-Fried (SBF).

FTX crashed after SBF and its partners were caught secretly reinvesting users’ money, leading to a Loss of at least $1 billion of customer funds. Efforts to restore investor confidence have led to rival cryptocurrency exchanges proactively boasting of proving their reserves to confirm the existence of users’ funds. However, community members have since demanded that exchanges demonstrate their commitment to protect reserves.

With SBF, the self-proclaimed “Most Generous Billionaire,” committing fraud in broad daylight with no apparent legal implications, investors must maintain a defensive stance when it comes to protecting their investments. To protect assets from fraud, hacking, and misappropriation, investors must take certain measures to maintain complete control of their assets—often considered a best crypto investing practice.

Transfer your money from cryptocurrency exchanges

Cryptocurrency exchanges are widely used to buy, sell and trade cryptocurrencies for a small fee. While other methods, including peer-to-peer and outright selling, are always an option, the higher exchange liquidity allows investors to match orders and ensure they don’t lose money during a transaction.

The problem arises when investors decide to keep their money in wallets owned and offered by the stock exchanges. Unfortunately, this is where most investors learn the “not your keys, not your coins” lesson the hard way. Cryptocurrencies that are stored in wallets provided by the exchange are ultimately in the possession of the owner, which in the case of FTX users, has been abused by the SBF and its partners.

Avoiding these risks is as simple as moving funds from an exchange to a wallet without shared private keys. Private keys are secure cryptocurrencies that allow access to funds stored in crypto wallets, which can be recovered using a backup phrase in case they are misplaced.

Hardware wallets provide complete ownership of the private keys of a crypto wallet, limiting the funds’ access to only the owner of the hardware wallet. After purchasing cryptocurrencies from an exchange, users must voluntarily transfer their assets to a file hardware wallet.

Once the transaction is completed, the owners of the cryptocurrency exchange will not be able to access the fund. As a result, investors who choose a hardware wallet will not risk losing money due to scams or hacks that happen across the exchanges.

Related: What is a bitcoin wallet? A beginner’s guide to storing bitcoin

However, while hardware wallets add to the overall security of funds, cryptocurrencies remain at risk of non-permanent losses when the value of the token falls beyond recovery. Hardware wallet providers have seen a sharp increase in sales as investors slowly move away from storing their assets on exchanges.

In all crypto crashes this year – incl 3ACAnd the Terraform LabsAnd the CelsiusAnd the Voyager And the FTX Breaking investor confidence was a common and obvious theme. As a result, the slogan “Don’t trust, verify” is finally resonating with both new and seasoned investors.

Popular cryptocurrency exchanges, incl BitfinexAnd the binanceAnd the OKXAnd the ByteAnd the Huobi and Gate.io, have taken proactive methods to display proof of their reserves. Exchanges have introduced portfolio information that allows investors to self-check the presence of their funds on the exchange.

While the Proof of Reserve provides a snapshot of an exchange’s reserves, it fails to provide the full picture of its finances because information on liabilities is often not publicly available. On November 26, Kraken CEO Jesse Powell contacted him Binance Reserve Proof of “Either Ignorance or Willful Misrepresentation” Where the data did not include negative balances.

but, Binance CEO Changpeng Zhao He refuted Powell’s claims by saying that the exchange has no negative balances and that will be verified in an upcoming audit.

The above three considerations are a good starting point for protecting your crypto assets from the bad guys. Some other popular methods are used to take control away from cryptocurrency entrepreneurs Decentralized Exchanges (DEX)And the self-custodial governors (non-custodial) and conducting extensive research (DYOR) on projects that appear investable.